Hotel Aalders has a long history, the building was constructed in 1903 and during the 40s it housed an inn. In September 1955, the first generation of the Aalders family took up residence at this guesthouse. They decided in 1962 to baptize the guesthouse Hotel Aalders. The beginning of a wonderful family business.

One year later, Bart Aalders and his wife Nettie, the second generation, both started to work for the hotel. Striking detail: Nettie was born in 1942 in the inn, that is Hotel Aalders today! From 1965, they are completely in charge of the hotel and Jelle Aalders (first generation) manages a hotel in Groningen. Weekdays from early morning (6:00 am) to late (1:00 am), were the norm in those days.

From 1984, at least they had to climb less stairs in this stately building: a lift was built in the hotel. Not an easy task in a building that was constructed in the early 1900s. The same year the third generation started working for the family company, Bart Aalders junior joins. Sadly, Jelle Aalders dies in 1988, the moment when ownership passes from the first generation to the second generation, Bart and Nettie.

Sabine, the second child of Bart and Nettie, also starts working for Hotel Aalders from 1990. In 2008, Rick Aalders starts his career at the hotel. No less than four generations working in the hotel. In 2014 Bart Aalders Sr. and Nettie take the decision to stop working and they hand over the daily management of the hotel to their children and grandson. Since 2018 they handed over the hotel completely to Bart jr and Sabine, whom are now the owners of the family legacy.

With four generations in the hotel, we guarantee you there are lots of lovely anecdotes and memories: from chocolate sales by Jelle Aalders, to the different formats that the hotel had had... for example, the bar was the kitchen and the front of the breakfast room was the living.... 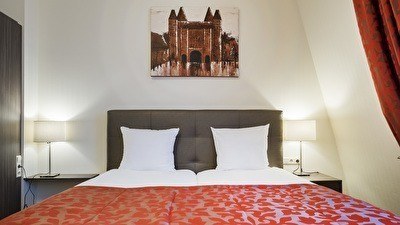 Sign up for our newsletter now and receive a promo code for a 10% discount on your next booking.